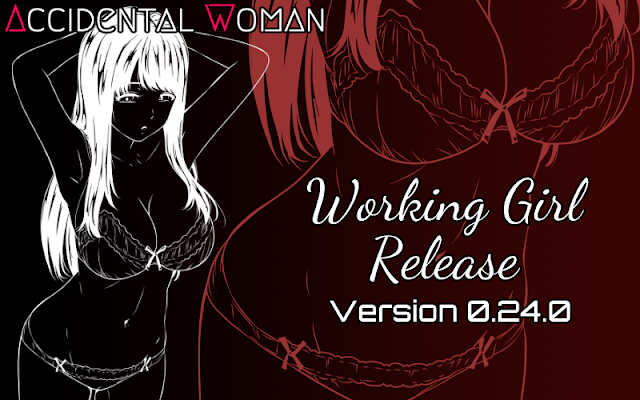 Hello everyone, and welcome to the Working Girl Release (version 0.24.0) of Accidental Woman!

This has been a challenging month for the dev team, so we've spent the last couple days working furiously to get things ready to go. As for a brief update on the recent craziness, my wife is now out of the hospital. She was released on the 4th, which I think is somewhat apropos. Besty has laid his grandfather to rest; while I believe they were prepared for his death, it's always sad to lose a family member.

This release focuses primarily on prostitution, as far as content goes. There are three different varieties for you to explore. You can take a job at Fairy Tail, a massage parlor located in the adult district. It's a full job that can be lucrative, particularly in the early game. It has several events and happenings to experience as you master the art of the 'happy ending'. You can also become a member of the secret escort service run by The Oldest Profession school, located downtown. Sign up for a class there if you're interested. You can build a reputation as a high-quality prostitute by servicing clients. Finally, you can strut your stuff on a few different "street corners" as a freelance prostitute. There's more danger involved, but the potential reward is higher too. These last two can be done in addition to holding down a normal job if you can manage it.

Right now there seems to be a problem with the backward compatibility system. It uses a rather complex recursive function to apply save data values to an up-to-date data structure, making sure that any new variables have their default value (without requiring us to remember them!). For some reason, this seems to be giving problems with the game flags data. (perhaps one of us added a faulty data structure in there at some point...) It's a difficult error to isolate, so for this release, I've limited save loading to version 0.24 only. Sorry about the inconvenience!

It is possible to corrupt one or more save slots in the game. I've been unable to properly replicate this, but suspect that the issue is related to an interrupted save process. This may be closing the tab before saving is complete, or possibly even switching tabs during a save. If a save slot becomes corrupted, you will experience an error when trying to save to that slot. (This can also happen to the autosave slot, which will cause an error on the sleep screen.) To fix corrupted save slots, use the "Delete All" button on the game save menu, or use the Save Wipe function from the game settings menu (remember to back up saves you wish to keep first). 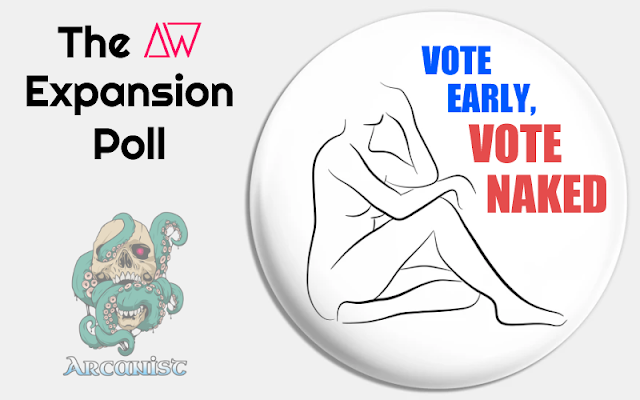