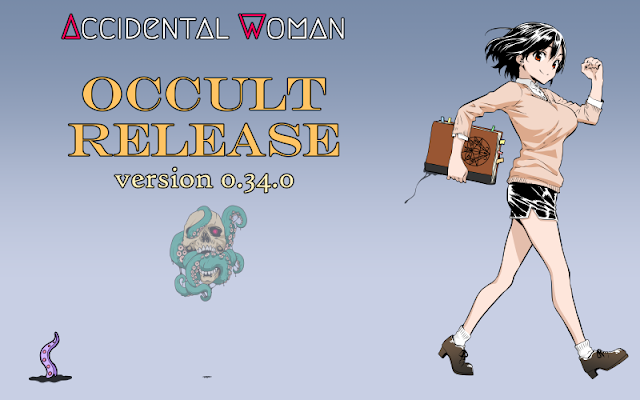 This release has focused primarily on relationships or different things that support relationships. Visiting the homes of your NPC friends and lovers, having a "stay in" date with NPCs, tracking various types of infidelity and suspicion, and more serious topics to talk with your date about. We've also got a sizeable expansion of story thread content (NPC backstory) for more variation there.

We've done a lot of bug fixing thanks to some valuable players doing a lot of testing and reporting the bugs they've found. I've also made some modifications to SugarCube to finally fix the autosave system. Due to some improvements to NPC data and a couple other things, old game saves won't work with version 0.34. We're not expecting any significant data changes in the future, so backward compatibility should be available as normal from here on out.

You'll probably notice the new title screen and content warning when you load the game. Sadly Ganassa has missed his deadline (again), so we don't have that art yet, but I think the changes look good regardless. I'm really glad I took the time to make a title screen image now. You'll also notice a couple other visual changes and fixes, like improved home maps and working week history information.

As usual, we've also added some extra content here and there in between working on larger items. Some people will probably be pleased with the new Besty-ality scene, while others will likely appreciate the addition of cleaning robots and milk savers. Food for cooking can now properly be purchased from Hole Foods, and you can finally feed your cooking with "special ingredients" to NPCs.

We hope you enjoy this release!

Changes (In no particular order)
Besty's Changes (Besty isn't good at writing these...)

Sorry for the delay everyone, but now version 0.37 is here! We have a neat release for you guys, with a lot of new stuff downtown along with... 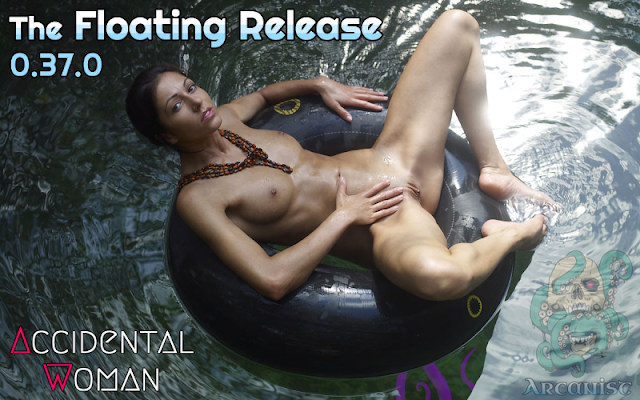