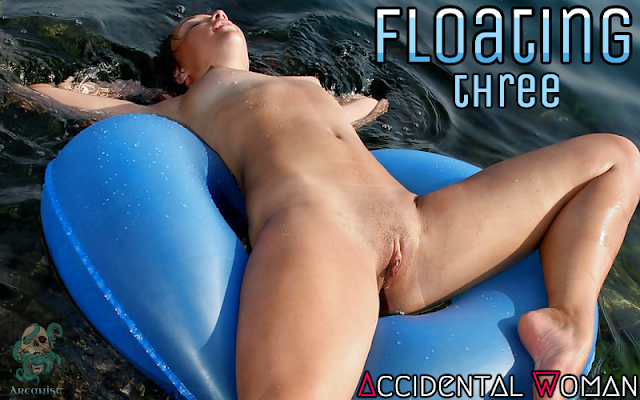 It's pretty obvious that this is the third 'floating' post, and you've probably noticed that they've all been one after another. Given the years-long tradition of coming up with semi-random post titles and images, this may have some of you wondering what's going on. Basically, nothing. This is pretty much the result of me randomly deciding to make three images instead of one. I have to admit, it does save time. Perhaps I can name version 0.37 the "Floating Release" but with a new model. In any case, I'll probably go back to my normal randomness after the release because it's fun. :D
The good news so far is that Besty and Anenn have been faithfully chugging toward a happy release next week. The bad news is that I've been falling more and more behind. I'm hoping a last-minute death march will get me caught up by release time. Unfortunately, I've been slammed with things like filling out 200 pages of paperwork (literally, thankfully mostly digitally) and getting fingerprinted. Taking care of things that depend on local offices/services is extra slow because of covid, and it's already Guam I'm dealing with...
The worst part is that it's a rush to get all these tasks done as soon as possible, only to wait for other parts of the bureaucratic process to be completed. We'll be flying away from Guam for good in about 4 weeks, but we have to wait on our travel orders to get finished before we can really do much like start real estate paperwork or schedule the movers.
The process of moving sucks, it's basically some sort of unwritten law.
Our freelance erotica writer has been having some writer's block, which isn't great news, but she also has a tendency to come through once pressure mounts, so I'm hopeful. We've also found another freelance writer to help us out with some sexier content, but she's just starting now so her words probably won't make it into version 0.37. That brings our stable of freelance writers up to 4, though we may go back down to 3 soon.
Freelance writing has been working out for us, especially when it comes to adding conversational content and more generic things. We pay pretty standard rates for freelance writing (with rate bonus for erotic content), so some people get to make some money, and we get extra content. It's a win-win. If you're interested, you're always welcome to drop by the discord and ask about it. You're also welcome to submit whatever kinky content suits your fancy, and we'll be happy to add it to the game as long as it follows some very basic rules.
Anyway, we should have a fun release for you guys in a few more days. The scheduled release date is the 5th. Because of my tight schedule, I haven't had much time to check over everyone else's work, so a lot of bug checks will be left until the last minute, which I hate. Rather than needing to do a bugfix release though, if it's bad, I'll just push the release back a day or so and let you guys know. I figure it's better to wait a day for a better release than get a buggy version and have to wait more days for a fix.
Thanks for reading my rambling, and thanks as always for your support!
ThaumX
at July 31, 2020

Marriage huh?  Yep, more marriage. This release wraps up month two of our three-month marriage series (though there will be some more marr... 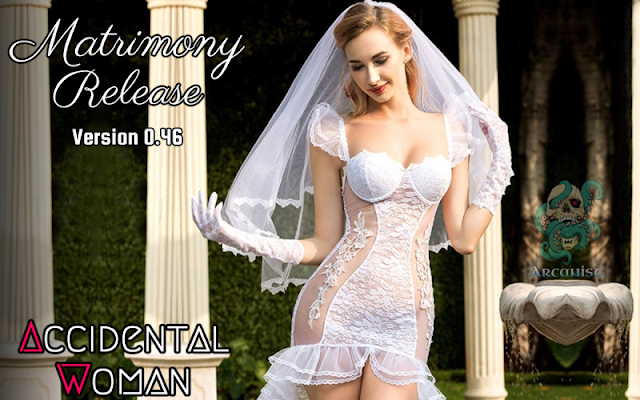